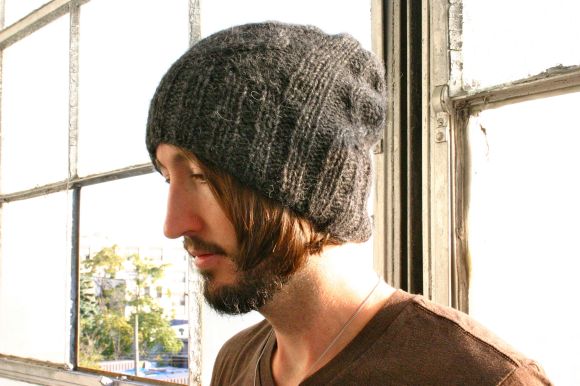 I wanted to knit Joey something special for our anniversary.  It was supposed to be a surprise but here we are, still a couple of weeks before the actual anniversary, taking pictures for the blog.  I was never very good at keeping surprises.  In fact, I spilled the beans and told him I was knitting it the day after I cast on. 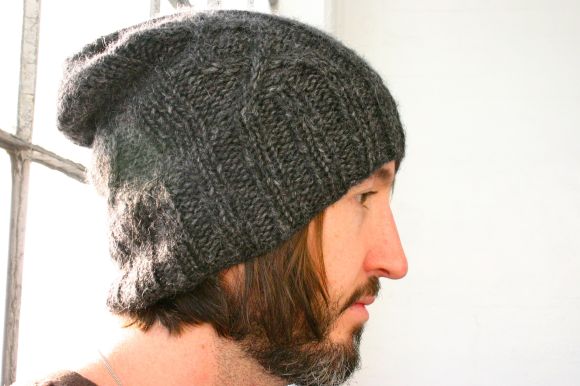 I was just so excited to tell him about it because he had found a hat he liked at Allsaints and I told him I could knit him one just like it.  Then I sat down and charted out a pattern and gave it a go.  It came out pretty great. 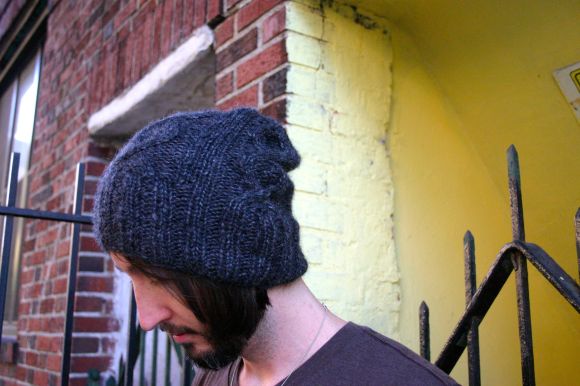 The brim can be folded up for a less slouchy look, but this is his favorite way to wear it.  The alpaca in the yarn I used (Blue Sky’s Techno) makes it super soft and warm. 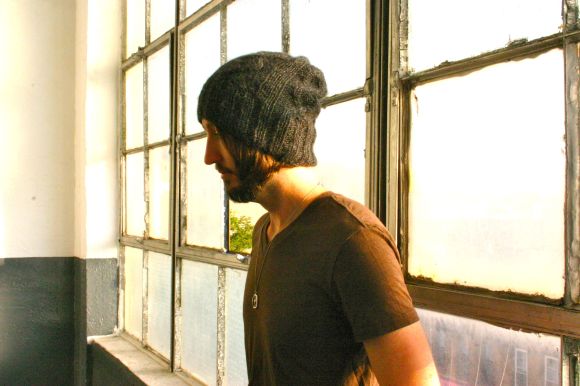 Warmth and love for our ten year anniversary for my dear Joseph.  A saint if I ever knew one.